I have had the honour to be asked to be the face and international artist for the worlds first hybrid cajon range by Roland. Roland launched their new range with the Elcajon EC10 which is an acoustic cajon with built in triggers to allow for electronic layered sounds on the cajon. The EC10 is launched in Jan 2016 at the NAMM music show in California where Heidi will be presenting it onstage.

Check out the promo video here, which was directed and written by Heidi herself:

My launch demo of the EC10 cajon by Roland at NAMM 2016 was so successful that it won the NAMM award for best show 2016!
What an honour to be part of the Roland family and to be the first to demo and introduce the world to the first worldwide Electronic cajon!

I went on a little holiday to South Africa in December (yes, I was born and raised in that beautiful land). Although it was initially just a little holiday to catch some sun and see some family over Christmas, turns out that we ended up performing some of our music on cajon, guitar and bass on our first night in South Africa in a lovely music venue called Surf Cafe close to the beach in Plett, situated along the beautiful and renowned garden route in South Africa.

After a very sunny day on the beach, we popped in on the first night to see some live music, only to find that it was an open mike night. We wasted no time in grabbing our instruments and getting on stage, and after our first song, the night had turned into a full on Fernando’s Kitchen gig! The crowd was ecstatic, and we were highly surprised at their response to our music.
They seemed to get even more ecstatic when they found out that I was originally from South Africa, and Pretoria no less, they could not believe I could play such exotic music and most of them had never even heard of the cajon.
By the end of the night everyone knew well what a cajon was, and within 2 days, the entire city and 3 surrounding cities had heard about us, our music, our story and the cajon! We

were invited back to play in the venue  by the owner of the cafe (yes it was the only live music venue in the area) and we performed another 3 nights in the venue, just having fun and at times jamming with local musicians. It was so much fun! We made many new friends. 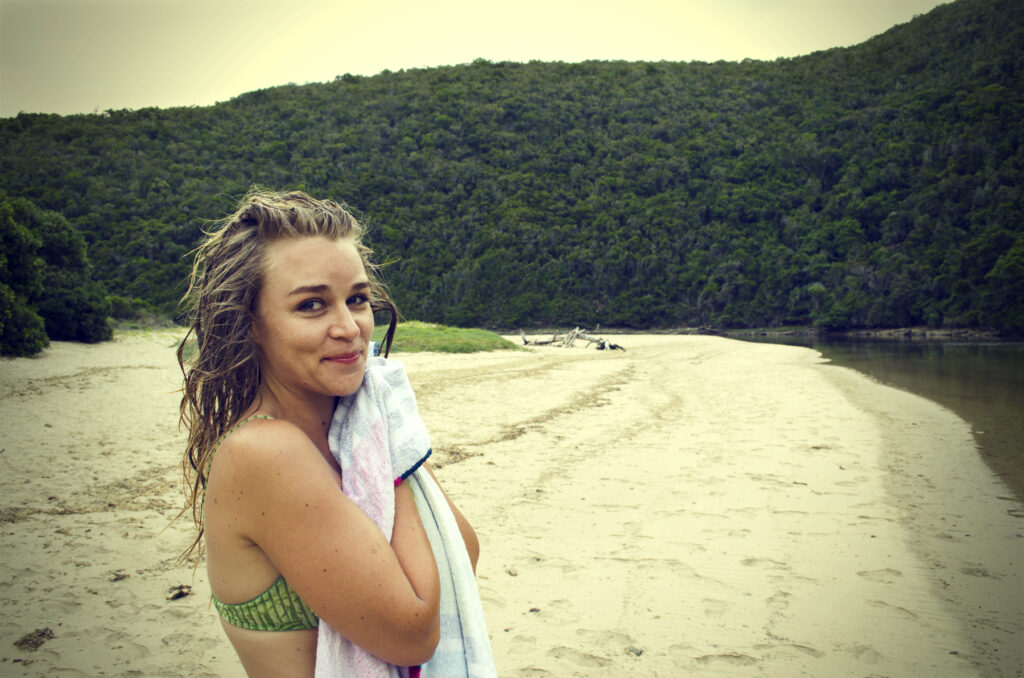 Meanwhile, in the backpackers lodge where we were staying (robberg backpackers), even the children were fascinated 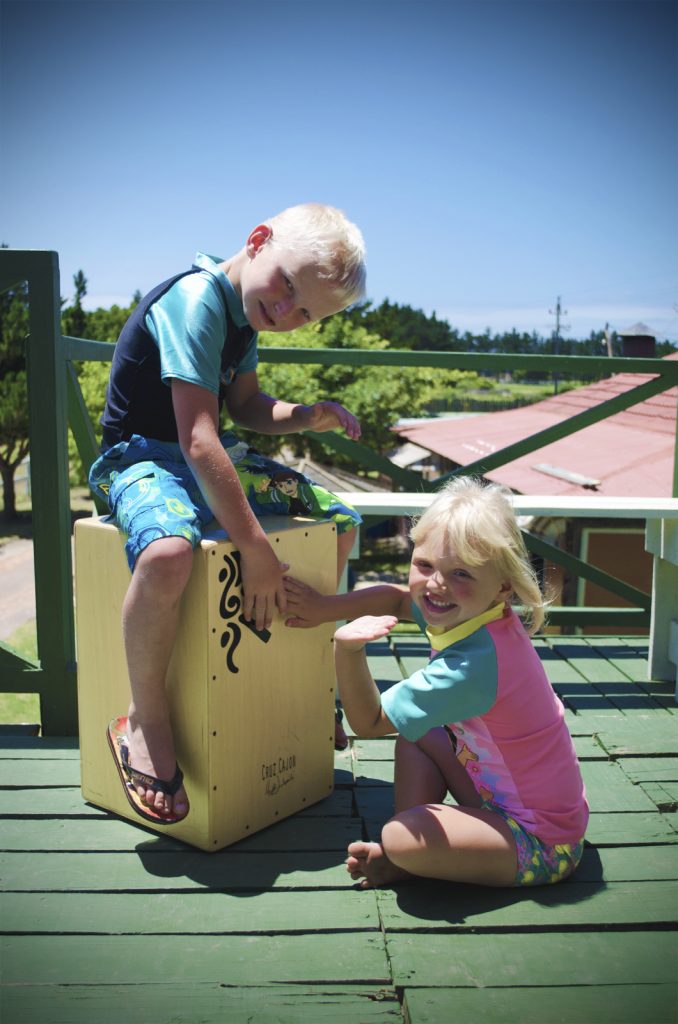 with the cajon and would not get off!!! 🙂
I really loved to see the reaction of the South Africans especially because I had thought they might not enjoy my music or my drum, especially due to the Afrikaans culture. But I was pleasantly surprised to see that they loved it as much if not more than our fans here in the UK and in Europe!
The trip itself was more than just a great holiday, somehow (without knowing) we were in the country right as Mandela’s funeral ceremonies were going on all around the country, we were only a few hours drive from his hometown. Mandela has always inspired me and meant so so much to me, so it was a very very special thing to be back in the country right at that moment, that way I could join in with the celebrations of the nation (the Zulu’s celebrate funerals like a big party with dances and music)! I even ended up spontaneously writing a song dedicated to Mandela during one of the jam sessions we did in the Surf Cafe.

I am planning to return to South Africa this year to meet up with some stores and companies and discuss the distribution of my Cruz cajon range around the country. I am hoping to set up a tour for Fernando’s Kitchen as well so we can go and play in a few more venues in this amazing country!

Here I share a video of one of my online youtube cajon students who bought one of the first Cruz Cajons from our online store. Here he is playing the Toro cruz cajon model in Cape, South Africa. This is the second time he ever performed on cajon, I would say he’s doing an excellent job!! He also plays the drum kit.

Here Gavin Young shows off  its wide range of timbres and tones.

“It’s wonderful! I’ve had a chance to use the Cruz Cajon at 2 events and everyone who hears it LOVES it!” – Gavin Young (cajon player)

The group is called “Triveno Smith Band” and the song is called “Esforzarse más”, I really like the song, it’s one of their own original compositions.
Triveno Smith – lead acoustic
Gavin Young – Cruz Cajon
Alecia Smith – Rhythm acoustic

Hey! Welcome to my page!

I am Heidi Joubert and I am a cajon player, singer, composer and music lover! I teach cajon workshops, run my own cajon schools and do loads of tours, shows and demos with my own band, Roland and on various other projects. I also have my own brand of cajon – Cruz Cajon – that I am very proud of, which you can find on this site!